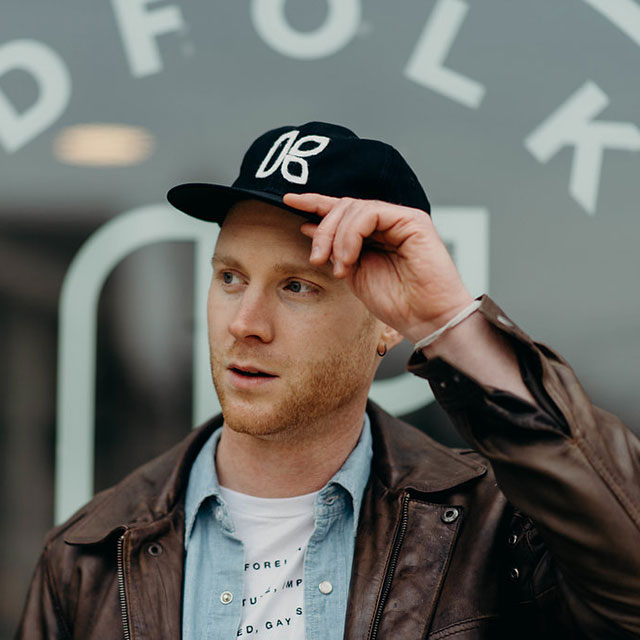 Hey! I’m Dugan. I’ve been acting and doing radio drama since the age of 12 and am honored to be a part of this project. I’ve been so privileged to play characters in such productions as: Adventures in Odyssey, Left Behind, and Left Behind: The Kids, I’ve been able to act in both dramatic and comedic roles for audiences large and small, as well as had the experience of working in a number of post-production roles pertaining to radio drama.

I am so excited for The Jake Muller Adventures and to be able to play the character of Jake! I believe the medium of story is one of the most powerful things we can experience and can’t wait to see how the story of Jake comes to life not only through the various character he encounters, but through the significance and lessons he learns through all his experiences.

Currently, I live right outside of Madison, Wisconsin and make a point to wear my Chicago Cubs, Bears, and Bulls attire as much as possible. I’m married to Lindsay who loves God and is hot (really the only two things I cared about) and we have two crazy-awesome kids, Eva (6) and Phoenix (2). I get to work part-time at a church and am a stay-at-home dad the rest of the time, both of which I love. 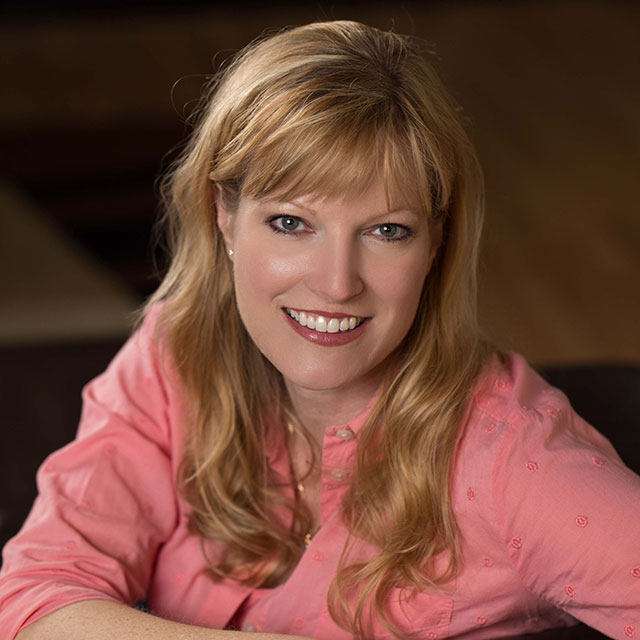 Sky Ziskin is currently a TV host for PBS in Chicago and a former TV news reporter in Chicago and Green Bay. She’s appeared on national TV multiple times as a reporter, an actor on national dramas and a guest on Oprah. Sky’s lifelong love of acting has kept her on stage and in front of the camera, even if it’s just now and then. Most recently, on stage, she’s played Dorothy Brock in 42nd Street and Glinda in The Wizard of Oz with Putting On Productions in Schaumburg, IL. National TV credits include roles on The Beast and Leverage. Sky’s married and has two children and two Airedales and is thankful for the opportunity to work on the Jake Muller series. 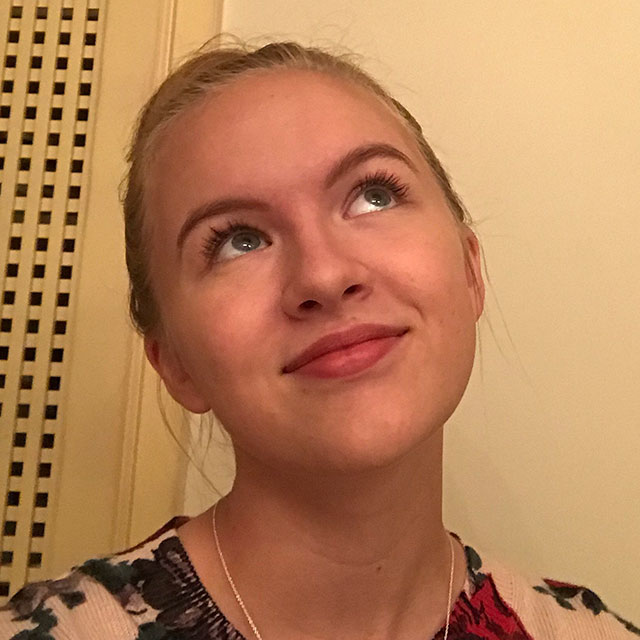 Elisa Hatton is a passionate young actress who is thrilled to debut in her first audio drama. She has always enjoyed telling stories, whether it be through drawing, writing, singing, or acting. The highlight of her year is her school’s play, which was directed by Darby Kern this past year. Every character she plays she falls in love with and she is excited to get to know and love Julienne as well. 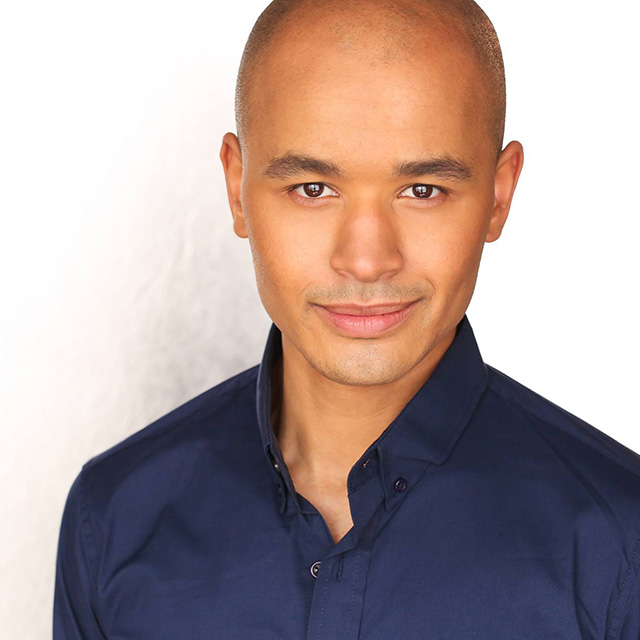 Hi friends! I’m Christian, and I’m an actor, singer, musician and model from Milwaukee, Wisconsin. Over the course of my career, I have had the opportunity to work with some of the most talented people on the planet, and the cast of the Jake Muller Adventures was no exception. I could not have been more blessed to be a part of this project in bringing Nate Hamel to life. Most of my acting experience up until this point was in the on-camera realm, but voice-over has always been a passion of mine, so I am especially excited for you all to hear this amazing project! Outside of acting, I am obsessed with all things fitness, so if I’m not in the studio or rocking my corporate America job as an HR Leader, you will probably find me in the weight room…lifting very small weights. Cheers! Randy a former radio broadcaster turned full-time freelance voice talent. He is also a writer with several short stories published and a novel in the works. He is a podcast creator and producer, with a special affinity for audio drama. He has a fantastic, supportive wife and four kids who will someday rule the world. Phil Lollar has created, written, produced and performed in dozens of kids audio/video series, including: The Little Angels, Adventures in Odyssey, Jungle Jam and Friends, Little Dogs on the Prairie, Marvy and the RazzleFlabbinz, 3, 2, 1 Penguins, Paws & Tails, The Wubbulous World of Dr. Seuss, Elmo Aardvark, Outer Space Detective, Kid’s Corner, The Hi Hi Puffy AmiYumi Show, The Mr. Men Show, Olivia, Tom and Jerry, and Space Racers. Two of those series have been credited with re-inventing the art of radio drama: the hit comedy Jungle Jam and Friends and Focus on the Family’s dramatic series Adventures in Odyssey (winner of the Golden Mike Award), now in it’s 31st year on the air. Phil co-created AIO, has written more than 200 episodes and directed more than 300. He has also created and produced a popular new audio drama called Iliad House released last year. Steve Schleicher is a husband, father, teacher, coach, and actor from Watertown, Wisconsin. For twenty five years he has been a social studies teacher and football coach. Steve began his acting career on the stage at age 13 and continued acting through high school, college, and later in community theater. Three years ago he was inspired by the voice acting documentary, I Know That Voice! He decided to pursue voice acting as a career. With the support of his wife, Kathy and three children, Jake, Joe, and Katie, he has worked hard to hone the craft. He loves to spend time with his family, especially playing board games or card games. He is an avid reader and film buff. Steve has been lucky enough to narrate audiobooks through ACX and provide temporary audio for video games through Raven Software. Steve looks forward to the finished project of The Jake Muller Adventures! Aimee Lilly has lived most of her life in and around Chicago, and has been doing voiceover and radio drama since her college days. She played Hattie in the radio version of the Left Behind series, and provided the voice of Liz, the main character in the long-running children’s radio drama, Kids’ Corner. She’s also recorded nearly 200 audiobooks. She loves reading, classic Nintendo, action movies, and ice cream. Aimee has been married to Scott, her college sweetheart, since 1991.

Chris Fabry is an award-winning author and radio personality who hosts the daily program Chris Fabry Live on Moody Radio. A 1982 graduate of the W. Page Pitt School of Journalism at Marshall University and a native of West Virginia, Chris and his wife, Andrea, now live in Arizona and are the parents of nine children.

Chris’s novels include Dogwood, June Bug, Almost Heaven, and The Promise of Jesse Woods and have won five Christy Awards and an ECPA Christian Book Award. His 80th published book is a novel set in the southwest coalfields of his home state of West Virginia, Under a Cloudless Sky. His books include movie novelizations, like the recent bestseller War Room; nonfiction; and novels for children and young adults. He coauthored the Left Behind: The Kids series with Jerry B. Jenkins and Tim LaHaye, as well as the Red Rock Mysteries and the Wormling series with Jerry B. Jenkins. Visit his Web site at www.chrisfabry.com.

Also featuring the multi-voice talents of: